Die Cast Machinery, LLC was founded with the belief that if you provide clients with honest, factual information, they will be able to make sound business decisions. This practice has allowed us to develop and maintain long-lasting relationships. David Kaufman, President of Die Cast Machinery, LLC has practiced this philosophy for more than 40 years, just as his father, Robert (Bob) Kaufman did. Bob Kaufman was one of the icons in the early days of the die casting industry in North America. Bob began selling die casting machines in 1939 while working for Kux Machinery in Chicago. As Vice President of Kux Machinery, Bob perhaps sold more new die cast machines than any other person in North America. In the late 1980's, Steve Cochran entered the die cast industry, working with and learning from David and Bob. Bob passed away in 1999, though his philosophy is very much alive. Steve is now Chief Operating Officer of Die Cast Machinery, LLC. Steve and David bring to their clients a combined industry experience of more than 60 years.

David D. Kaufman has successfully served the die casting industry since 1964. During the past 40 plus years, he has developed innumerable contacts in the die casting, financial, and automotive circles. This expertise has allowed David to service customers in every area of the die cast industry and assist in the start-up of many new die casting facilities. During his accomplished career, David has served on the Board of Governors of the North American Die Casting Association (NADCA), held the position of National President of the Society of Die Casting Engineers (SDCE) from 1986 to 1988, and presently presides on the Board of Trustees of the Harvill Foundation (NADCA - Education & Research Committee). David held the titles of the National Vice President, National Treasurer, and National Secretary for the SDCE from 1978 to 1986. During the period from 1973 - 1978, David served the SDCE as the National Education Chairman. David filled the roles of Chapter Chairman, Secretary and Treasurer for the SDCE - Chicago Chapter #5. He was a proud member of the Die Casting Society (England) and of the Foundry Advisory Board, Department of Mechanical & Industrial Engineering, University of Illinois, Urbana, Illinois 1972 to 1978. David has been awarded and honored with the North American Die Casting Association's Austin T. Lillegren Award as well as the Society of Die Casting Engineer's "Distinguished Life Member" award. David has viewed and appraised die casting plants throughout North & South America, Asia, Europe, Africa and Australia.

Steve's 20 years in the die casting industry combined with his technical background have made him intimately familiar with the design and operation of virtually every brand of die casting machine. His career started over 30 years ago as an educator and hands on instructor within a cluster of programs titled "Manufacturing Technologies". The curriculum within this cluster included processes in welding, fabricating, machining, mechanical drafting, CAD/CAM, Industrial Electricity, Electronics, CNC Programing and Robotics. Steve was the youngest educator to achieve certification in the state of Missouri. As a result of his 10 years as an educator, Steve gained valuable knowledge of emerging manufacturing technologies with a specialization in the field of die casting. Over the last 20 years, Steve has sold all types of equipment used in the industry, including: quality control, machining, trimming, automation, furnaces, etc. For these reasons Steve can efficiently and accurately value a single piece of machinery or an entire plant (see Appraisal Services). Steve prides himself on his ability to find solutions for his customers, including matching client's needs for machines, assisting with financing, and suggesting contractors for rigging, shipping, delivery, installation, and start-up assistance.

No project is too large for Steve and his staff to tackle. A few notable recent projects include: the sale of four (4) UBE 3,500 ton machines from Ohio to a customer in Korea (total shipment of over 1,500,000 pounds/681,000 KG on twenty-four (24) 40 foot open top containers and eight (8) rail cars); the sale of (3) Toshiba 2,500 ton machines from Hokkaido, Japan to clients in Canada, the turnkey sale of a major Michigan magnesium die caster to a foreign owner to be run in place, and the sale to a single customer in China of over 40 cold chamber die cast machines from all over the USA. Steve has supervised and managed liquidations for numerous federal bankruptcy courts and major financial institutions (see Plant Liquidations).

David manages all aspects of our warehouse operations which includes receiving machinery, demonstrating equipment to customers, packing and loading equipment for delivery to clients world wide. David operates our fleet of forklifts with capacity up to 15,000 pounds (6,800 KG), 18 and 65 ton cranes, etc.. David is an expert in packing freight for international shipments for both break-bulk and containerized freight. Steve Cochran and David have worked together for 17 years, prior to joining the Die Cast Machinery team, David worked for a major Chicago die cast machine rebuilder.

Serene is originally from Cambodia, raised in California and now a full time resident in Illinois. She earned her Bachelors in Communication Advertising from California State University, Fullerton. Prior to working for Die Cast Machinery, Serene has experience with managing an e-commerce business which includes working with overseas vendors as well as maintaining inventory and processing customer’s orders.  Her marketing skills allowed her to help promote the company by creating marketing campaigns such as email blasts, flyers, brochures, print ads and graphic designs for the website. Serene is anxious to learn about the die cast industry and help contribute to our company growth.

Here at Die Cast Machinery, Serene’s responsibilities include; promotional sales and marketing development, SEO and email campaign strategies, increase brand awareness as well as daily administrative operations, inventory management, quote follow-ups and corresponding with customers. She brings a lot of positive energy and creativity to the Die Cast Machinery team; we are very happy to have her on board. 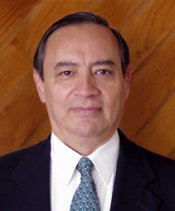 Luis, a Mexican national is an Attorney at Law, duly licensed to practice law throughout Mexico. Luis earned his law degree at the Iberoamerican University of Mexico City. Luis continued specialized studies in Belgium, Great Britain, Japan and Germany.

Luis's relationship with the die casting industry began as the Director General, Mexican Zinc and Lead Institute and later as Executive President, National Manufacturers Association of Mexico and as Director General, National Maquila industries Council. Luis now acts as Legal Representative for Die Cast Machinery, LLC in Mexico. Luis is headquartered in Mexico City with a branch office in Brazil and sales representatives throughout Mexico.

Edward Santos earned his MBA degree from Faculdades Metropolitanas Unidas (FMU) of Sao Paulo Brazil and is an Accountant licensed by "Instituto Federal de Contaduria de Buenos Aires" in Argentina, licensed in 1981. Additionally, he is a Registered Customs Broker licensed by "Inspetoria da Receita Federal do Ministério da Fazenda" since April 1995. This certification was gained after examinations for expertise of Brazil's Import/Export Regulations. Edward has completed several certifications and specialized courses related to Brazilian import/export. Edward started his career with Philco-Ford and Hewlett-Packard in the area of logistics management. Since entering the die casting industry, he has been involved in the sale and import of die casting machines of up to 3,000 tons. Sales in Brazil are very dependent on knowledge of the Brazilian Import/Export Regulations and taxation codes of goods. Edward Santos is an expert in this area and his knowledge has saved his customers a great deal of money in the process of shipping and importation. He also provides legal counseling for customers importing used machinery which requires a great deal of knowledge to accomplish in Brazil. In addition to Portuguese, Edward is fluent in English and Spanish. 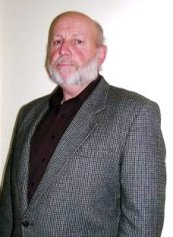 David Marshall, our representative in Australia and the South Pacific has more than 30 years of experience in the die casting industry. His expertise includes not only high pressure die casting in both aluminum and zinc, but also permanent mold and low pressure casting. While being employed at two of Australia's most prestigious die casting companies he gained valuable experience as Manager of Die Casting, commissioning new machines and engineering special purpose machinery.

David has been deeply involved in Australian die casting industry organizations. As a member of SDCA and ADCA for 30 years, he served on National Committees and spearheaded die casting training for the industry and introduced technical training for operators and university level training for technicians. He also taught the die cast machine operator training course for 8 years.

Dan is in charge of all things web based, including our website and the integrated software running behind the scene, namely My SQL Database and PHP software packages. Dan's experience developing database applications and providing IT services spans over 20 years. Dan is the President of TNT Production Group, which provides web hosting and design for over 90 companies across the United States.

You have item(s) in your cart; you can continue adding items by clicking on any of the Related Items buttons at the bottom of the page. If you are finished you can request your quotations by clicking on the Request Quotation Now button.


You have no items in your cart.

Your request for more information has been added to your RFQ Cart which contains the item(s) listed below. You may continue browsing our inventory to add additional items, or submit your request now by completing the fields below and clicking "Submit".

Your request is being processed!

Would you like to receive free automatic email alerts when new inventory matching this machine becomes available?

Your email address is already associated with an account.

Thank you for visiting our website and for your interest in our machinery.

Our professional staff will respond with quotations as soon as possible.
You can view all of our inventory at: www.diecastmachinery.com
If you have any other questions please contact us by clicking here. 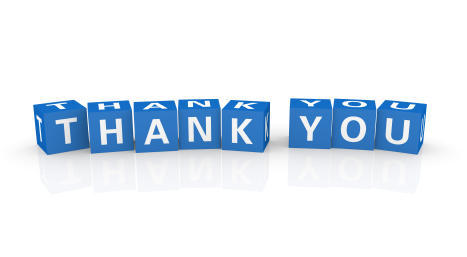 Please wait while we process your items.

Die Cast Machinery, LLC with 60 plus years of Die Casting Industry Experience is your first choice to help you with your factory needs.